An important challenge in comparative biology is comparing functional genomic data across species. Comparisons of gene expression are critical for understanding genotypic and phenotypic evolution, and also for investigating the extent to which expression data obtained in model organisms can be extrapolated to related species. There are several major challenges to these comparisons: 1) Which expression metric should we compare across species? 2) How do we normalize expression data across both tissues and species? 3) How do we address gene homology and phylogenetic relationships in order to make meaningful comparisons of genes and gene expression across species?

I then addressed the three challenges outlined above: 1) Proposed a metric to account for differences in sequencing depth across species. 2) Used ratios of expected counts to account for unknown species- and gene-specific counting-efficiency coefficients (see Dunn et al., 2013). 3) Proposed a new solution to the third challenge to comparisons of expression across species: a fully phylogenetic approach that we call Species Branch Filtering (SBF), where we map expression data to gene trees. I compared SBF with a ‘classical’ approach of comparing gene expression patterns found in strict orthologs. By contrast with SBF, this type of analysis focuses exclusively on genes that have very specific evolutionary histories, and discards a number of genes with more complex histories that may be of interest to the investigator. We call this classical approach Species Tree Filtering (STF). 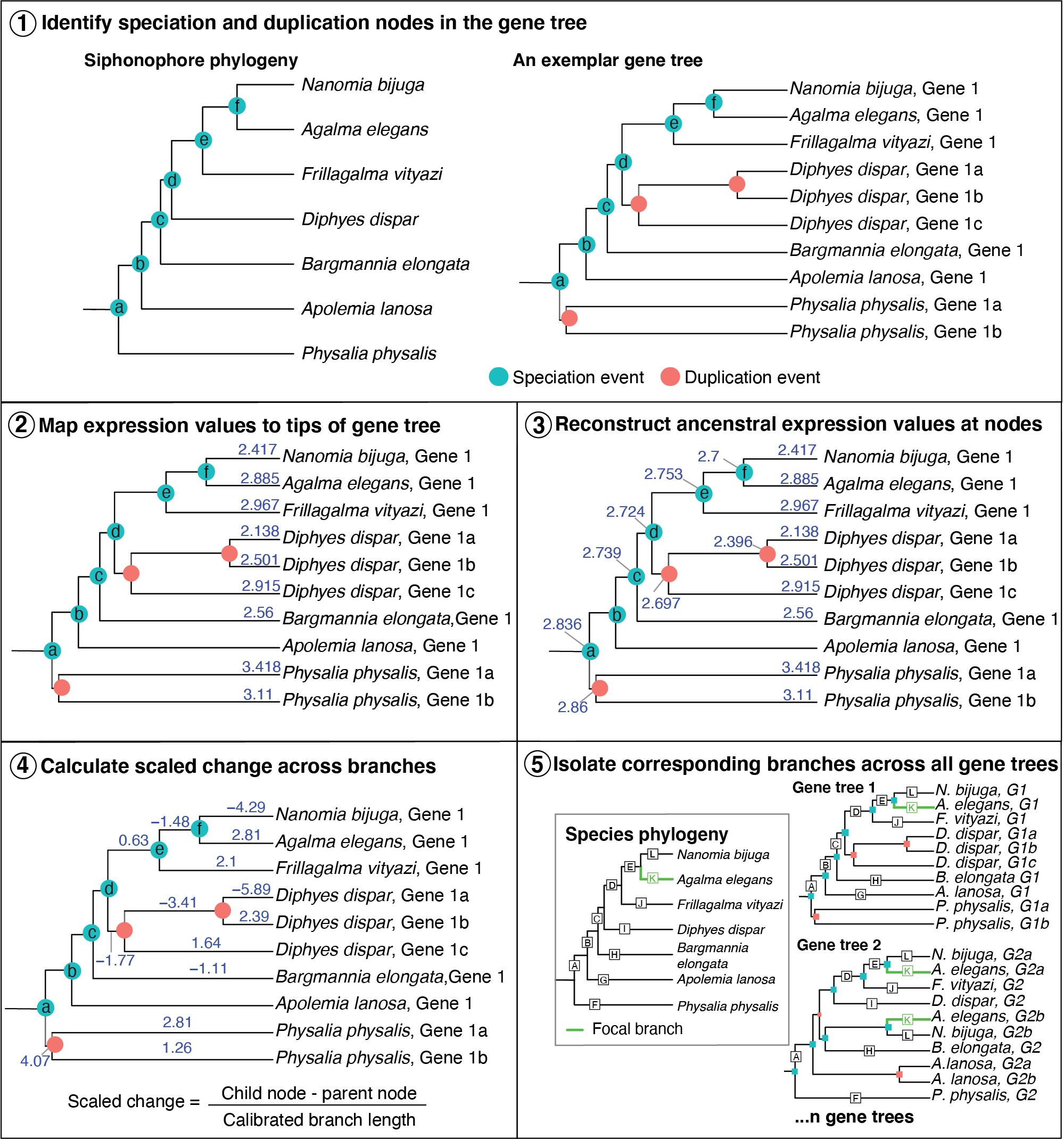 Using ‘classical’ strict ortholog methods we identified a number of zooid/tissue variable genes, as well as species variable genes. Using SBF, we find that the vast majority of species-equivalent branches show changes of expression close to 0 (neutral changes), suggesting that for closely related genes, expression patterns tend to be largely consistent across species. A subset of branches showed positive and negative changes in expression ratios across the branch, some very large, suggesting putative lineage-specific changes in expression.