The JOLI project is an EU funded Marie Skłodowska-Curie Individual Fellowship project. The overall objective of this project was to provide a framework for investigating meiosis in Clytia hemisphaerica. We developed molecular tools and approaches to establish a spatiotemporal mapping of early meiotic events within the developing gonad.

The aims were 1) To develop and deploy a variety of tools and methods to characterize early meiosis (in-situ hybridization for gene expression analysis and telomere detection , Clytia specific antibodies for key molecular actors of synapsis to allow their tracking by immunohistochemistry, vital dyes for live imaging), 2) To conduct pilot studies to explore possibilities live imaging of the Clytia gonad, and 3) to study of the function of spo11 in Clytia meiosis via the generation of CRISPR mutants. 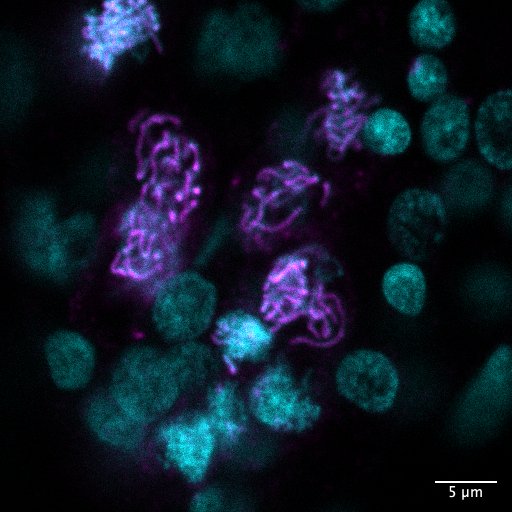 Over the course of this project we described the development and organization of the female Clytia hemisphaerica gonad. We developed a number of custom antibodies to visualize key structures and proteins, including for the synaptonemal complex (sycp1) an important meiosis-specific structure that facilitates recombination, piwi, and a centromeric histone. We developed and implemented new protocols for staining with each antibody, a process that required considerable trouble-shooting and optimisation. We also optimized protocols for already tested and commercially available tools, like telomere-FISH, for use with Clytia jellyfish and gonads. Using these tools we have achieved a spatial and also temporal description of the Clytia female gonad as it forms during medusa growth, including entry into meiosis, stages of prophase I, and growing and fully grown oocytes.

In pioneering functional studies in this system, we used CRISPR-Cas9 knockout methods to generate several male and female jellyfish lines carrying mutations for Spo11, a key actor in the initiation of meiotic recombination whose precise role during cross species remains to be understood. The mutants showed several clear phenotypes: all spo11 mutants show a clear loss of recombination and pairing in fully grown prophase arrested oocytes, while the formation of the synaptonemal complex was fully or partially abolished. We developed antibodies against the rad-51 protein (optimization ongoing) to assess double stranded breaks. Further analysis showed that after fully grown mutant oocytes are triggered to undergo maturation, meiotic divisions are disrupted such that the resulting female gamete is diploid or tetraploid. Unexpectedly, these eggs can be successfully fertilised, and are capable of producing viable offspring.

This project has received funding from the European Union’s Horizon 2020 research and innovation programme under the Marie Skłodowska-Curie grant agreement No. 841433 (JOLI).